Jane Elizabeth Fisher died at the age of 70 on March 3, 2020, from complications due to colon cancer. Jane was a life-long crusader for social justice and reproductive rights.

Through protest and activism, Jane worked toward reproductive rights objectives prior to the Roe v. Wade decision in 1973 and continued her crusade for a woman’s right to choose for her entire life.

In 2016, Jane came to GRR! as an advisor using all of her talents in public policy, organizing, and communications that helped GRR! become a prominent voice in Maine’s Social Justice Community. Jane was also deeply involved in GRR!’s educational programming work to jumpstart shifts in thinking, language, and behavior around reproductive freedom.

Jane had many causes that were close to her heart, but a thread that runs through many of them was a concern for the ways poverty limits opportunity and chances for a life of dignity and autonomy. Jane cared about advancing economic justice and understood this as deeply tied to issues of reproductive justice.

Reflecting this passion, GRR! has chosen to honor Jane’s legacy by utilizing memorial funds to provide scholarships for young activists in Maine to participate in the annual Civil Liberties and Public Policy Conference. CLPP’s mission is to “inspire, educate, train and support new activists and leadership to secure reproductive and sexual rights, freedom, and justice for everyone.” The conference is held each spring at Hampshire College in Amherst, Massachusetts.

Jane’s Legacy Fund will allow young people who would otherwise be unable to afford the registration and travel to participate fully in this regional conference. We believe Jane would be proud that her memory is supporting young activists in deepening their learning, connections, and skills to achieve reproductive freedom and justice. 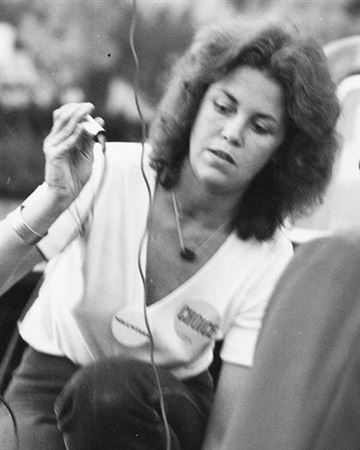