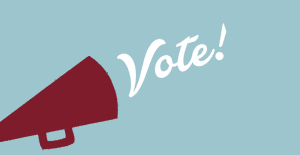 When It Comes to Congress, You’re Not Just Voting for One Person; you’re deciding who’s in charge!

The past few years have been a lesson in the power of holding the majority in Congress. In both the US House and the Senate, the party with the majority dictates what gets done and, perhaps more importantly, what doesn’t get done.

Before President Obama nominated Judge Garland only hours after the announcement of Justice Scalia’s death, Senate Majority Leader Mitch McConnell declared any appointment by the “sitting president” to be null and void. He argued that the next Supreme Court justice should be chosen by the next president — to be elected later that year. We shall see if his argument goes both ways.

Mitch McConnell’s power and privilege impact all of our lives in part because he refuses to allow the Senate to vote on legislation that his colleagues, constituents, conservative party, and the President oppose. By denying a Senate vote, they also avoid a roll call that publicly records each senator’s vote. Rather than to look for bipartisan solutions, they shut the door on any discussion and silence the minority.

On the House side, Senator Nancy Pelosi regaining the Speakership opened the door for the first meaningful inquiries into many questionable actions of the Trump administration? If the 2018 elections had come out differently, it’s unlikely there would even be an investigation.

Your vote for Representatives and Senators directly affects which party is in the majority and who makes those decisions as Speaker and Majority leader. It’s about more than the individual candidate – it’s about which caucus they will lift into power in 2020.