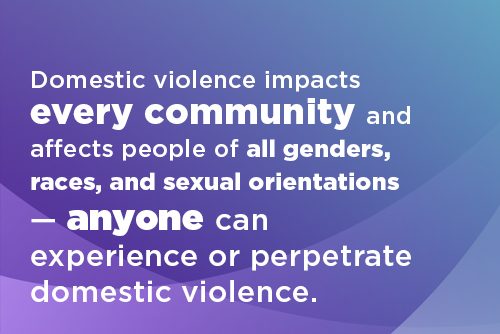 “Mrs. Smith, why do you have a black eye?” asked a curious sixth grader as they said good morning to each other.

“Oh,” she replied, “I fell, and bumped my eye.” She knew it was wrong to lie to her student, but she didn’t know any other way to manage her shame about what had taken place the night before. Her husband had knocked her to the floor and kicked her in the head.

She told no one what had actually happened. The stigma and silence around domestic abuse kept her silent. And kept her isolated from others who might have helped her.

One in three women has experienced violence from an intimate partner, according to the CDC. More than half of the women murdered in this country were killed by a current or former male intimate partner.

People in domestic violence situations are directly harmed by anti-choice restrictions, especially those who seek abortion care without their abuser’s knowledge. As many as 22% of women terminate their pregnancies because they are in an abusive relationship.

Many parents express concern over the welfare of their children. Some experience attempts by their partner to manipulate contraception so that it fails, or to force them to get pregnant, or to make them carry a pregnancy to term. Women denied an abortion remain tethered to the abusive partner. They continue to be at risk for continued violence.

The intersection of domestic violence and restricted access to abortion is more common than one might think. Both deny a woman her bodily autonomy. Both are about power and control.

Together we can break the silence around domestic violence and open the doors to comprehensive health care. Our voices are strong. United, we can shout for change.