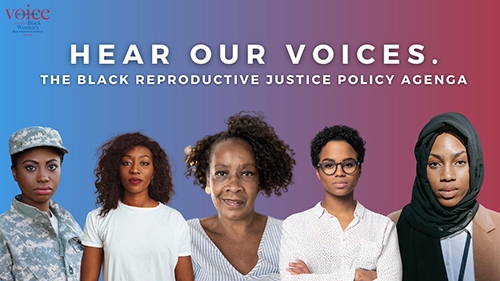 In 1977, a group of Black feminist lesbian revolutionaries called the Combahee River Collective published a statement in which they wrote: “If Black women were free, it would mean that everyone else would have to be free since our freedom would necessitate the destruction of all the systems of oppression.”

Seventeen years later, in 1994, another group of Black women activists founded a movement called Reproductive Justice grounded in frameworks of human rights, social justice, and centering the lives of Black women. In 2021, more than 30 Black-led reproductive justice organizations released the Black Reproductive Justice Policy Agenda to remind everyone that Black women and transgender folks continue to bear the brunt of disparities in health, education, opportunity, and many other spheres. This extensive and proactive policy agenda serves as a call to everyone engaged in social justice work. Until Black women and their communities are centered, we will never reach reproductive freedom, birth justice, and social equity goals.

The 75-page document details how federal and state policies have abandoned—and persecuted—Black women and transgender people. The report also maps a vision for how policy can powerfully and positively impact the lives of the communities that have consistently led movements for justice without reaping the full benefits. The movement for full abortion rights and access does not exist without Black women and transgender people’s contributions.

Black patients make up more than a third of all people accessing abortion care in the United States, despite representing only 13% of the national population. In surveys of Black Americans, their support for abortion rights without restriction is as high as the rest of the country. Centering the needs and perspectives of Black women, girls, and transgender people is essential to winning reproductive freedom and justice for us all.

We encourage you to read the entire policy agenda and also want to offer a glimpse of the policy initiatives in the realm of sexual and reproductive health that the report calls on our movement to support. We hope you will join GRR! in fighting for these changes and more: