Word to the Wise: Legacy of a Giant 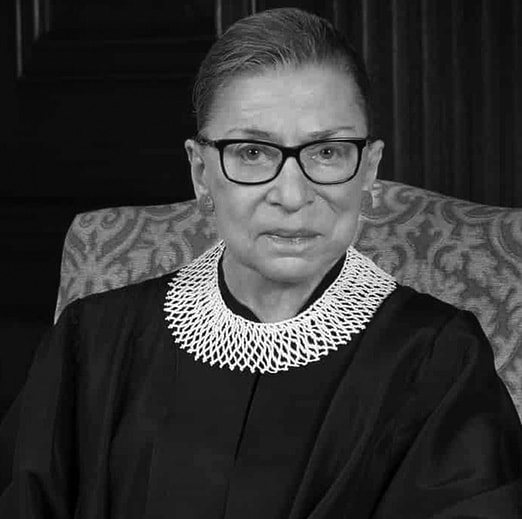 She was small of stature, but her legacy is that of a giant. It deserves more than a mere month of Women’s History to celebrate her contribution to women’s equality. Early on, she encountered the effects of patriarchy. As a mother and a student at Harvard Law School, she was one of eight women in a class of 500. She transferred to Columbia Law School when her husband accepted a position at a New York law firm. She graduated first in her class in 1959. Despite her excellent credentials, she struggled to find employment as a lawyer. Her gender and being a mother got in the way. Eventually, she clerked for a U.S. District judge and taught at Rutgers and Columbia Universities.

During the 1970s, she served as director of the Women’s Rights Project of the American Civil Liberties Union. She believed that all groups were entitled to equal rights. She won five of six cases she argued before the Supreme Court.

In 1993 she was appointed to the Supreme Court. During the hearings, conservatives expressed concern about how she could transition from social advocate to Supreme Court Justice. In the end, she was easily confirmed by the Senate, 96-3. She became the second woman to serve on the United States Supreme Court. She was also the first Jewish female justice. Justice Sandra Day O’Connor was the first female justice.

The cases she won and court opinions she wrote are only part of the legacy she has left us. She was very much her own person. She had a strong belief that even adversity could yield good fortune. In her words, “real change, enduring change, happens one step at a time.” She saw the importance of women’s participation “in all the places where decisions are being made.” She told us, “Women will have achieved true equality when men share with them the responsibility of bringing up the next generation. ”

Regarding a woman’s choice to bear or not bear a child, she said, “The state controlling a woman would mean denying her full autonomy and full equality.”

Ruth Bader Ginsburg was relentless in her defense of abortion and reproductive rights. She never gave up. Let us build on her legacy and follow her shining example of persistence.