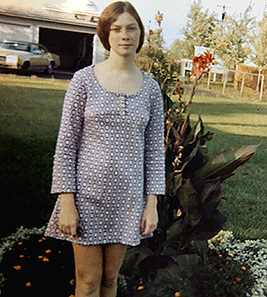 There are new challenges to reproductive rights and to abortion access being seen across the country. I have been demonstrating, making phone calls and writing letters, as we all have. While doing this, I think about how women will access abortions if this continues.

My personal history with pregnancy has many chapters, as is true for most of us. I wanted to share with GRR! some of my experiences and a good place to start is with my own abortion.

There I was in a hospital bed in a psychiatric ward in Berkley, California. There was a group of Christmas carolers at the door singing ‘Oh Holy Night,’ and I had just had an abortion.

It was 1968. I was 20 years old. I had grown up in the suburbs of Chicago in a working-class family. My mother was a nasty person whose constant refrain to me was ‘the older you get, the worse you get.’ I didn’t know why I was unhappy; only I needed to get out. I was always seeking approval from teachers, so I got good grades and left for college.

I couldn’t make a transition to the impersonal setting of a university, so I dropped out of college, got a clerical job, and after the democratic convention and police riots in Chicago left for California to start fresh. Unfortunately, I was already pregnant.

The period that was a week late turned into the period that never came. In Chicago, I had gone to Planned Parenthood for birth control services, so I headed there for a pregnancy test. When informed of the results, I was devastated. How was I to start my new life? They counseled me on how to obtain what was called a therapeutic abortion.

A hospital panel would allow a medical doctor to perform an abortion if it could be determined that the continuation of the pregnancy would endanger a woman’s life. The term “endanger” included psychiatric danger.

First, I needed to see two psychiatrists who could attest to my mental health problems. They had to determine that an abortion would cause psychiatric damage or even suicide.

Then, they provided me with a referral to a gynecologist who agreed to do the procedure. After that, I had to go to a human services office to apply for Medicaid insurance to cover the cost of all the care, including the hospital bill. I cried, and the counselor wrote this all down for me on a sheet of blue paper, and then I was off and running to make appointments. The clock was ticking; I had four weeks.

It was a strange experience for me. I thought psychiatrists would be comforting and have me lay on a couch. Instead, the men were very matter of fact, asked me to tell my story, and then said they would write a letter for me. One of the psychiatrists said that I didn’t sound ‘that bad.’ What did that mean? No matter he was going to write the letter. Everyone did a great job. I was approved.

My memories of the hospital are so peculiar. I had all my pubic hair shaved off, and I saw a sign that said Surgical Theater, and then Christmas songs? What did it all mean?

48 hours later, I was out the door, ready for my new start. I was going to be a child care provider. 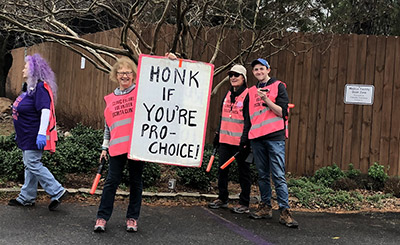