Word to the Wise: African American/Black Women and their fight for Reproductive Justice 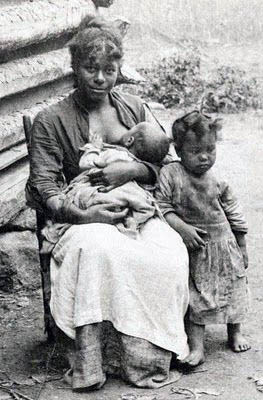 The slave owner dug a hole in the ground just big enough for a pregnant belly. Then he forced the pregnant woman to lie down face down with her stomach in the hole so he could whip her without hurting the fetus. That way, he could beat her into submission but save the future slave. Female slaves were valuable both as workers and as child bearers. The Black woman’s ability to bear a child profited the master who owned and oppressed her. She was doubly valuable because she could both work and produce future slaves.

After the baby was born, the enslaved mother had no authority over the life of her child. Her owner could take the child away at any time. Or he could sell her or the child to another owner. A mother’s ties to her children often bound her to slavery. An escape to freedom would separate her from her children.

But ultimately, the slave owners’ absolute power could not crush the spirit of the enslaved women. That spirit survives today. It has been, and continues to be, a long road.

The arms of this movement embrace a coalition of many causes. These include more than sexual and reproductive health care, including abortion. They encompass the intersecting factors of race and class, of gender identification, of unsafe and unhealthy environments, of developing resilience against climate change, and of combatting misogyny.

So let us open our eyes to a broader focus. Let us follow the spirit of women who would not allow their owners to crush their spirits. Let us reach our arms out to sustain each other as we seek to increase women’s autonomy and equality. Step by step, together, we can make America a just nation.

A beautiful song for inspiration