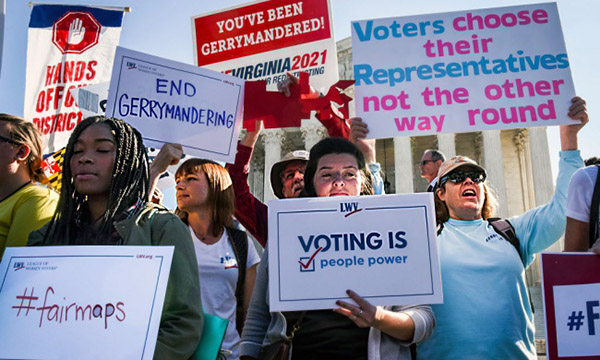 What do the 2020 legislative elections have to do with the makeup of Congress and Gerrymandering?

As we all learned in high school civics class, the 435 seats in the U.S. House of Representatives are apportioned based on population – that is, each member of the House represents approximately the same number of voters.

Every ten years, following the national census, the House of Representatives adjusts the number of districts apportioned to each state based on population changes. Then, the states begin the hard work of redrawing congressional district maps to ensure that each district contains an equal population. This work starts again in early 2021.

There are a variety of approaches to redistricting among the states, but for most states, the process is controlled by the party that holds the majority in the state legislature. The redistricting process is usually very political, and in many cases, it has resulted in bizarrely-shaped districts explicitly drawn to limit the number of seats held by the minority party and increase the number of seats held by the majority.

Gerrymandering disenfranchises voters, particularly people of color and people in low-income neighborhoods. A 2019 U.S. Supreme Court decision bars federal courts from intervening in challenges of partisan redistricting, opening the door for even more gerrymandering in the 2021 redistricting process. Redistricting will likely result in more Congressional seats that are built to protect one party, and a more partisan Congress. State legislatures control this process – your vote matters in legislative races.

Use this link for more information on state legislatures and redistricting