Word to the Wise: Far from Home 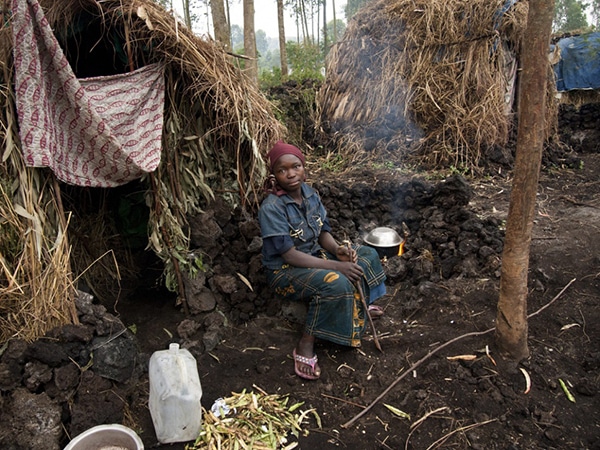 It was dark and cold. Mary, a 14-year-old girl, lay on a pile of hay in a stable, frightened about what was happening to her. She had no help. The man with her, Joseph, not yet her husband, could reject her for becoming pregnant before marriage. She was alone. There was no familiar woman, no midwife, to give her guidance. There, far from home, her baby was born. A baby that would need protection and nourishment from her, a young teenager. Within days, her baby’s life was threatened by the king. She had to flee to another country to protect her child. Mary’s story was not the Hallmark story we hear as we shop until we drop.

Today, stories like Mary’s are repeated across the globe as young girls and women give birth while fleeing from conflict. They give birth on the road, at sea, or in refugee camps. All too often, they have no support. Without medical help, complications related to child delivery may lead to death or illness. Teenage girls, whose bodies are still developing, are susceptible to such complications.

The numbers are staggering. By the end of 2018, 70.8 million individuals were forcibly displaced worldwide. Women and girls are particularly vulnerable as they flee from conflict in their home country. They may be groped or pressured to have sex by smugglers, security staff, or other refugees. At a reception center or camp, they may have to use the same bathroom and shower facilities as men. Some women take extreme measures such as not eating or drinking to avoid having to go to the toilet where they feel unsafe.

Beyond the trauma of sexual assault, many women suffer from the stigma resulting from sexual violence. Some hide their pregnancies. Some give birth secretly in unsafe conditions. They face rejection of themselves and of their children for something over which they had no control. Even in wealthy nations, refugee women face challenges accessing appropriate reproductive health care. Stereotyping, language barriers, lack of cultural respect, and understanding often stand in the way.

GRR! has the chance to help change this with the 2020 election. This holiday season, as we hear Christmas music in the malls, let us open our hearts to the many who give birth as Mary did. Let us all find ways to prepare to vote out those who stand in the way of safe deliveries for all.