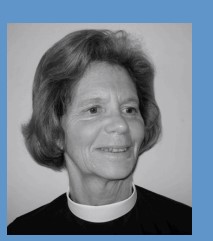 In April of 1973 my husband left me, pleading that he had fallen in love with our upstairs tenant and wanted to spend his life with her. I was four months pregnant. Roe v. Wade had been decided three months earlier.

My obstetrician sent me to see a social worker to help me sort out my feelings and make my plans. She began every one of her questions or suggestions with, “if you want an abortion…”, until I finally shouted at her, “I DON’T want an abortion. ” “Well, ” she observed, “That solves that problem.”

I had wanted this baby fiercely for some time, and my husband’s defection did nothing to diminish my desire. But that conversation with the social worker, and the knowledge that an abortion would have been legally available had I felt unable to proceed with the pregnancy, added depth and resonance to my desire. This was a most wanted child. I had the choice, and I chose to have a baby.

My daughter told me recently, in a discussion about her father- who has never figured into her life except as an absence, a question mark- “Mom, when I was a kid and used to ask about my father, you always said, ‘You were a very wanted baby.'” So that knowledge has been central to her sense of her self.

At another point, a few years later, I did have an abortion. I was a single mother, working and pursuing a path to ordination in the Episcopal Church. The potential father was not someone I would have married; he would have been no better a candidate for fatherhood than my daughter’s absent father. The timing was wrong, the man was wrong, and I easily, though not happily, made the decision to terminate the pregnancy.

I have not the slightest regret about either of these decisions, nor the slightest guilt. I felt sorrow and loss at the time of my abortion, but less so than when I’d miscarried some years earlier. Both of my choices, I believe, were right for me and my circumstances: morally correct in their context, practical, and fruitful in their outcomes.

That is, both choices were choices for life: in the first instance, I chose for the life of the unborn child; in the second, I chose for my own vocational life, my economic stability, and my mental and emotional health and wholeness.

I am an Episcopal priest, and part of my calling has been to witness to women’s rights to reproductive justice from a faith perspective. To talk theologically about women’s right to choose is to talk about justice, equality, health and wholeness, and respect for the full humanity and autonomy of every woman. Typically, as moral theologians, we discuss the value of potential life (the fetus) as against the value of lived life – the mature and relational life of a woman deciding her capacity to continue or terminate a pregnancy. And we believe that, in general, the value of that actual life outweighs the value of the potential.

I like to talk, as well, in terms of gift and of calling. I believe that all life is a gift – not only potential life, but life developing and ripening with its many challenges, complications, joys and sorrows. When we face difficult reproductive choices we balance many gifts, many goods, and to fail to recognize the gifts of our accomplished lives is to fail to recognize God’s ongoing blessing. I believe as well that God calls us all to particular vocations, and our decisions about whether and when to bear children are part of that larger pattern of our lives’ sacred meanings. 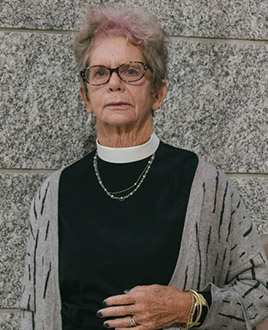